Worker cooperatives are an increasingly popular solution to strengthen companies, reward workers, and prevent job loss. This growing business model allows entrepreneurs to benefit directly from the value that they create, while also fostering a company culture of transparency, engagement and trust.

The number of U.S. worker co-ops has doubled over the last 5 years, and the model is poised to become a mainstream solution for both startup businesses as well as the 85% of small businesses facing closure due to lack of succession planning.

The Main Street Employee Ownership Act creates unique potential for the formation and conversion of worker co-ops and food co-ops. Unlike other forms of businesses that are owned by investors, the profits of the cooperative are controlled by its members and democratically distributed to the member owners, such as people who work as an owner or people who use the product or services. There are approximately 65,000 cooperative establishments across the country, in which one in three Americans participates. 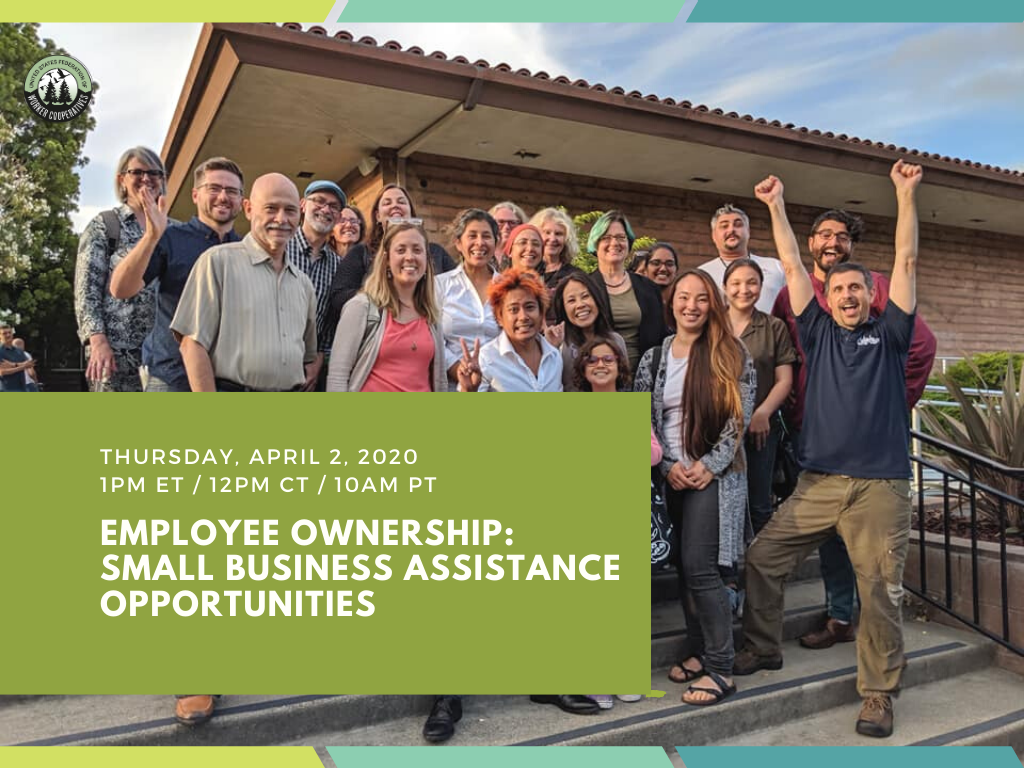 In accordance with the John S. McCain National Defense Authorization Act for Fiscal Year 2019, SBDCs must provide access to information and resources on employee ownership through cooperatives or qualified employee trusts as a business succession strategy. SBDCs are directed to provide training, education, and technical assistance, coordinate with lenders on financing, and coordinate with cooperative development centers.

Join the Policy and Advocacy Council of the U.S. Federation of Worker Cooperatives to learn more about worker ownership as well as how to leverage existing resources and partnerships to carry out this work. Whether you work at an SBDC, a government office, or an economic development center, this webinar will connect you with tools and success stories on employee ownership and worker co-ops.