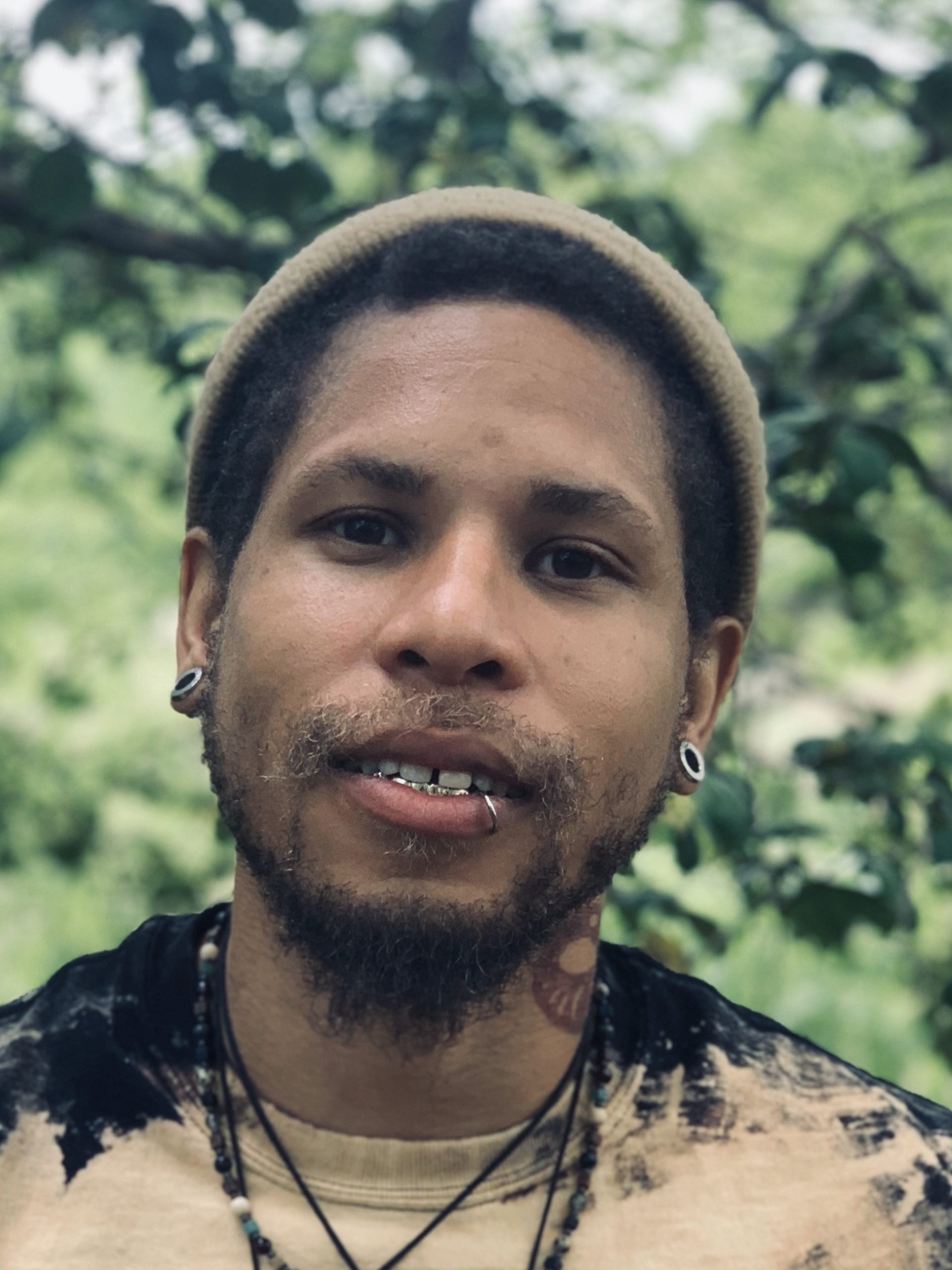 brandon king (all lower-case*) [EN] he/him brandon is a community organizer, dj, visual artist and overall creative originally from Hampton Roads Virginia where he currently resides. brandon moved to Jackson Mississippi in 2014, to actualize the Jackson-Kush Plan, aimed at struggling for Black self-determination and economic democracy where he worked for six years as a cultural organizer, cooperative developer, and program coordinator for Cooperation Jackson, of which he is also a founding member. While there, brandon served on the executive committee and was a farm anchor of Freedom Farms Cooperative. brandon currently serves as the Community Engagement Coordinator for Resonate Co-op, an international music streaming platform cooperative that’s co-owned and democratically managed by the artists, developers and listeners who use the platform. his main role in this position is guiding the design and implementation of community processes and protocols for maximizing participation and democratic inclusion in collective decision-making.