by  Denise Hernandez, worker owner at Cooperative Home Care Associates and board director of the USFWC

On Valentine’s Day, 1199 SEIU labor union and NY Caring Majority organized a rally in Albany telling New York State lawmakers “Have A Heart for Home Care.” Over 250 Home Care Workers, from NYC, came together for the event. Home care workers marched to the NYS Capitol building and formed a beautiful image of a heart for the NYS Legislators to witness. The rally was to call attention the Fair Pay for Home Care bill that home care stakeholders want to see included in this year’s State budget. Fair Pay for Home Care (A6329A/S5374A) would increase home care worker wages to 150% of the minimum wage in NYS, taking workers from an average of $13.20/ hour to $22.50/hour with the swipe of a pen.

Enacting Fair Pay for Home Care would address the following: 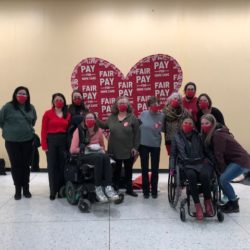 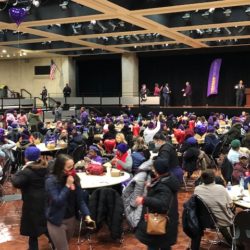 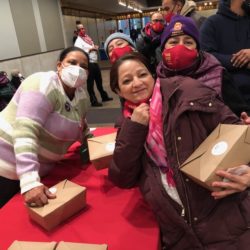 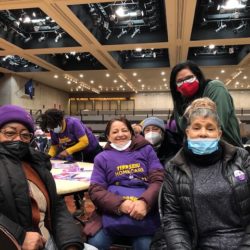 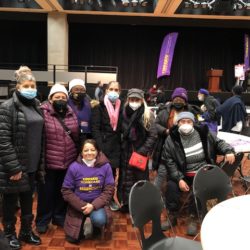 Workers also had the opportunity to meet different legislative members, directly, to ask for their support. Many legislators expressed commitment to ensuring Fair Pay for Home Care is included in the budget.

In addition to workers, employers from several home care agencies including Cooperative Home Care Associates (CHCA) participated in the rally. Support for the bill extends to many powerful organizations, such as the NAACP NYS Conference, AARP, several NYS Associations and more.

There is lot of momentum surrounding Fair Pay for Home Care and we believe there will be a victory in this year’s budget.